HEROES OF THE STORM GAME GUIDE

Heroes of the Storm is a multiplayer online battle arena video game developed and published by Blizzard Entertainment for Windows and macOS, which released on June 2, 2015. The game features heroes from Blizzard’s franchises including Warcraft, Diablo, StarCraft, and Overwatch. The game uses both free-to-play and freemium models and is supported by micropayments, which can be used to purchase heroes, visual alterations for the heroes in the game, and mounts. 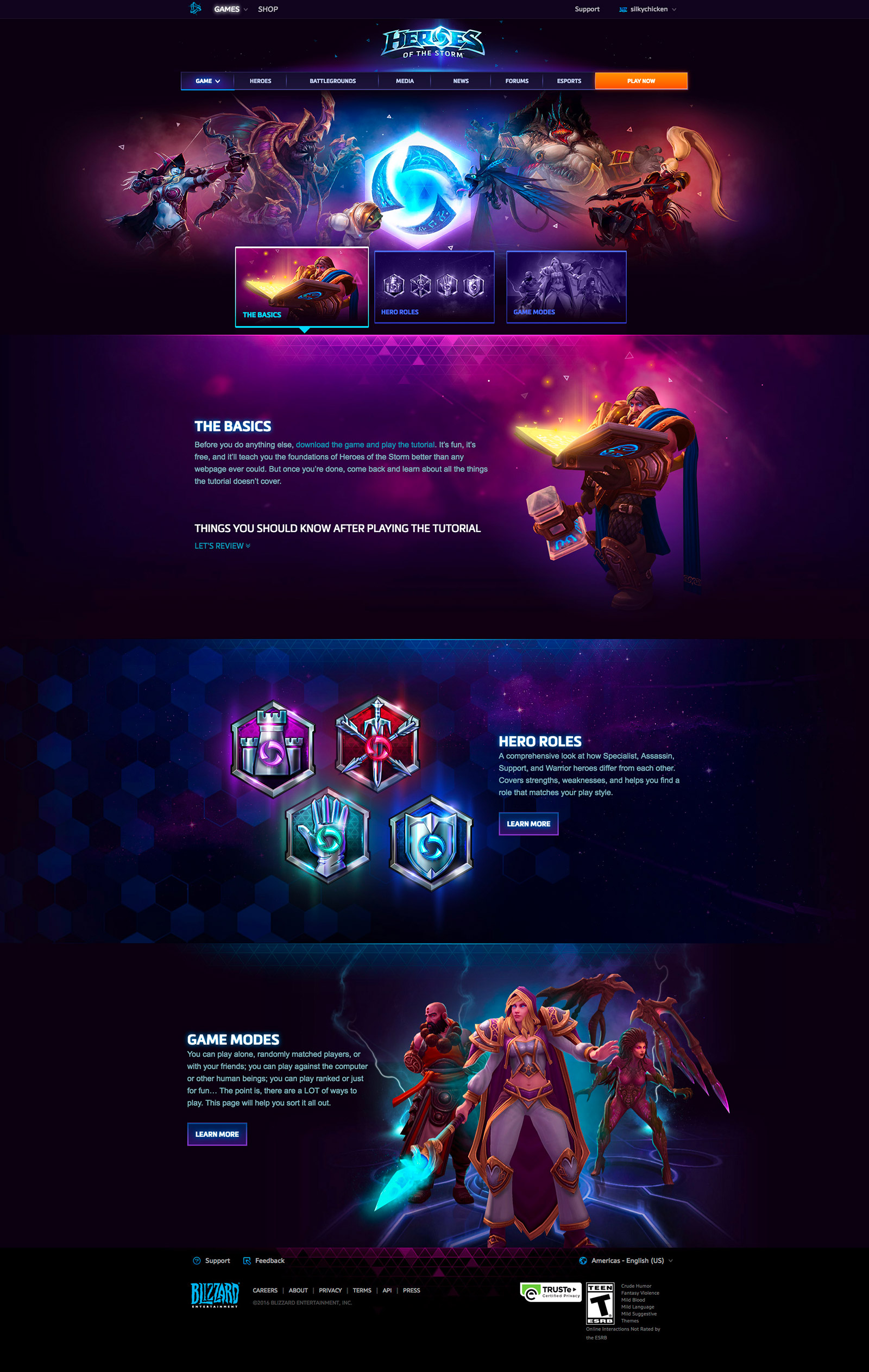 We wanted to make sure the experience rendered well on a variety of devices and window or screen sizes, so we made sure that the experience was optimal at different viewports. 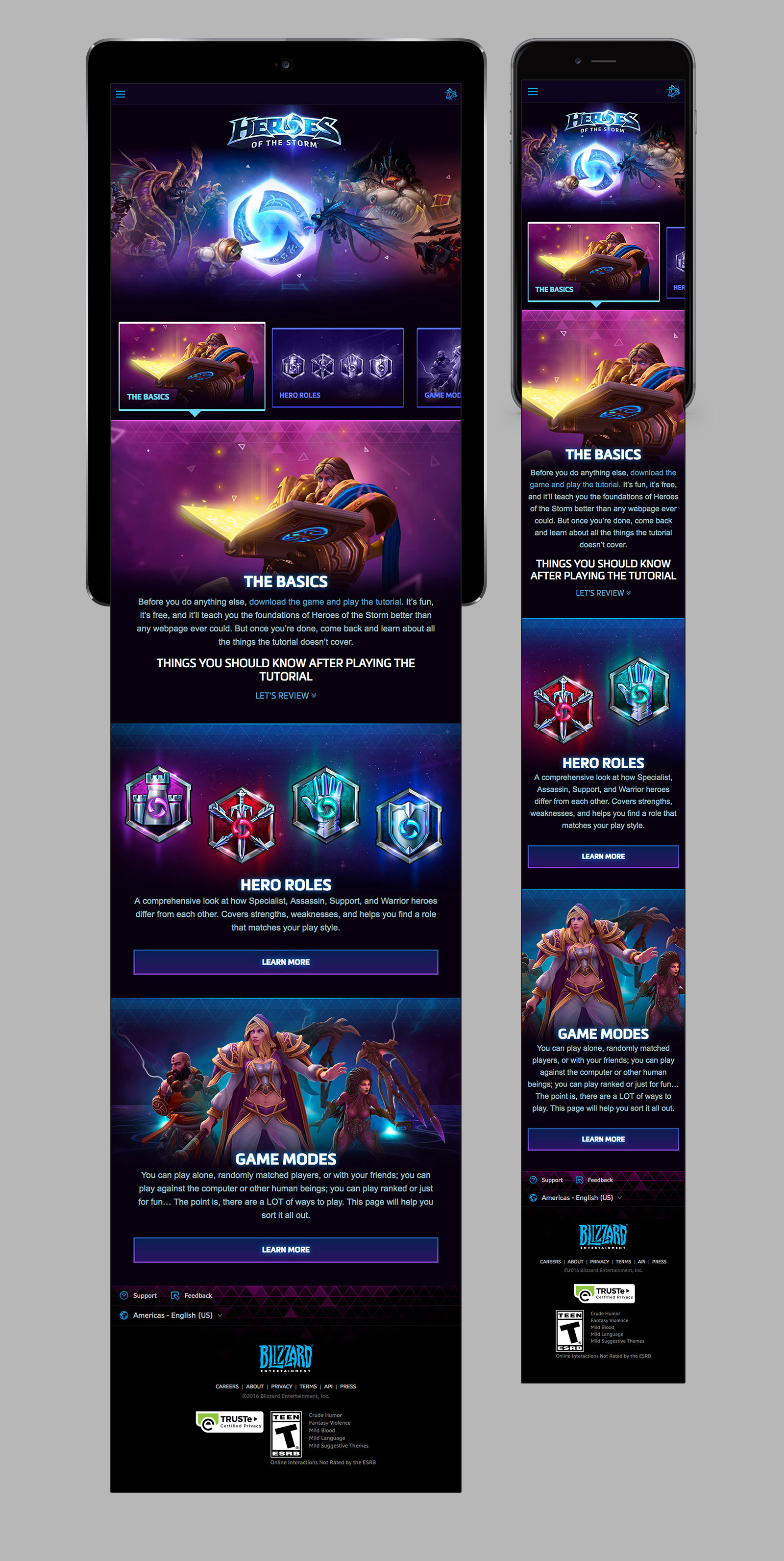 When wireframes and architechture were created we wanted to mimic the dynamism of the game. We introduced a parallax effect that included a smooth scroll from one section to another. 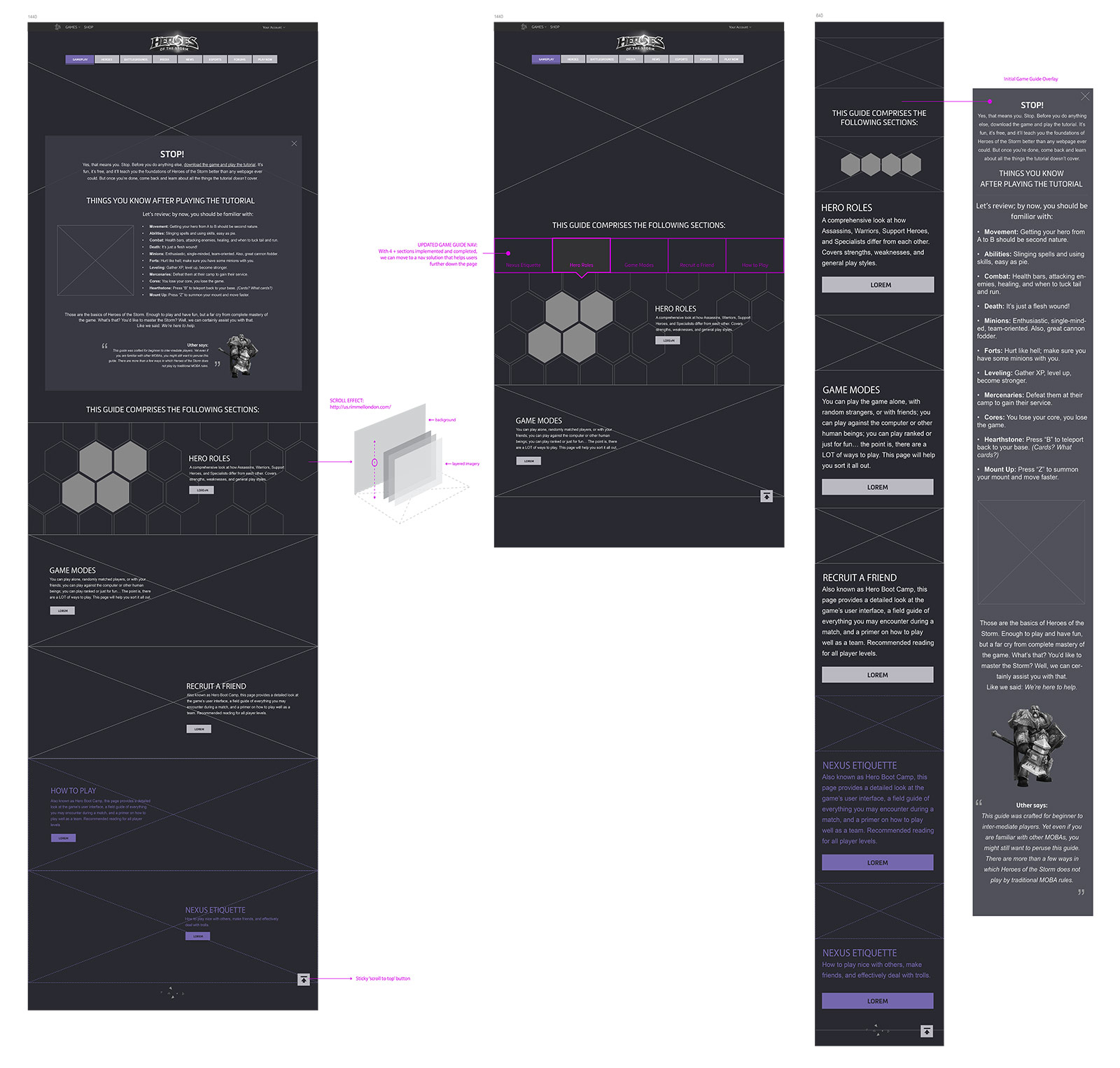